Rajaji National Park is one of the most popular national parks of India that is sprawled in the Shivalik ranges near the foothills of the mighty Himalayas. It is sprawled in the area of 202,630 acres in three districts of Uttarakhand - Haridwar, Dehradun and Pauri Garhwal.

He was awarded in 1954 with India's highest civilian award "Bharat Ratna". This park is an excellent example of marvelous Ecosystem nestled in the scenic Shivalik ranges of mighty Himalayas. The park is known for the highest concentration of wild elephants in the entire Uttarakhand. 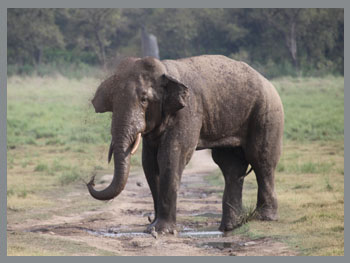 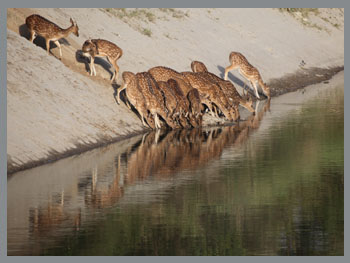 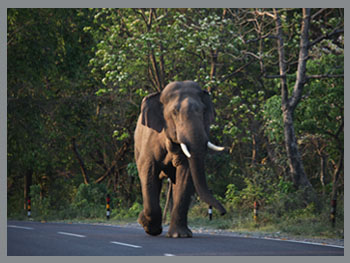 Fauna in Rajaji National Park
The Rajaji National Park is known for rich and varied wildlife attractions and fauna. There are 23 species of mammals in the park. The park also possesses 315 species of birds. The park has largest population of elephants and a good number of tigers & leopards. The rich flora and fauna of this park attracts a large number of wildlife enthusiasts, eco-friends, nature lovers and wildlife conservationists.

Best Time to Visit
Rajaji The ideal time to visit the Rajaji National Park is the periods between months of October to March.

How to Get There Air :
The nearest Airport is at Dehradun situated at only a few km from the northern boundary of the park. Rail : Haridwar and Dehradun are two convenient railway stations to arrive in Rajaji National Park. Road : The Park is easily accessible from town like Dehradun, Haridwar, Rishikesh and Delhi. Dehradun-Delhi Highway runs along the northern boundary of the park.

We at Hotel Yog Vashishth involved in providing extra services for all Rooms.